“If you could make just three simple changes in your life to prevent, or even reverse, memory loss and other brain disorders, wouldn’t you?”

The book is Grain Brain: The surprising truth about wheat, carbs, and sugar; your brain's silent killers. It promises straightforward dietary solutions to prevent the illnesses we most hate and fear.

“The question is, how far will you take the Paleo diet?” Perlmutter asked in a recent video on his YouTube channel. “Here we are at a Chinese grocery store in San Francisco—and this is part of the Paleo diet.”

He holds up a large frog.

That is Perlmutter’s kind of joke. He is not joking when he says that carbohydrates, even the whole-grain carbs that many of us think of as the good ones, are the cause of almost every modern neurologic malady. That includes dementia, decreased libido, depression, chronic headaches, anxiety, epilepsy, and ADHD.

“It may seem draconian,” he says, “but the best recommendation I can make is to completely avoid grains.”

“All of the neurodegenerative diseases are really predicated on inflammation. Who knew?”
“Most grain foods, whether we’re talking about quinoa, amaranth, the very popular grains of the day, the reality is they still are associated with a carbohydrate surge. They have a fairly high glycemic index, meaning that after 90 to 120 minutes, your blood sugar is going to go up, and that is detrimental to the brain.”

Over the last 40 years, people have become addicted to gluten, Perlmutter’s narrative goes. In combination with carbs, gluten’s influence on our diets explains why we get dementia—and every other common neurologic problem. “Inflammation is the cornerstone of Alzheimer’s disease and Parkinson’s, multiple sclerosis — all of the neurodegenerative diseases are really predicated on inflammation. Who knew?”

“Who knew” is Perlmutter’s vocal tic. He says it where a celebrity diet guru might say “It’s just that simple.”

Well, Perlmutter has been practicing medicine for decades and has seen all kinds of tragedy.

There was something to his basic tenet that “diet is fundamentally important in reducing the degeneration of the body, and particularly the brain.” But then he calls gluten “a modern poison” and earnestly, imploringly likens eating it to drinking gasoline.

“People are finally getting this message that’s so darn important for brain health. So that mainstream medical professionals will begin to discuss the importance of these factors.

The idea of “integrative medicine” used to be implicit. It is the same as the traditional idea of treating the patient as a whole.

The work of Dr. Alessio Fasano at Harvard indicates that perhaps all humans have some negative reaction to gluten. Gluten induces this cornerstone of brain degeneration: inflammation. It causes leakiness of the blood-brain barrier.”

The blood-brain barrier is a network of endothelial cells that prevents substances in our blood from getting into our brain tissue. Some molecules can cross it, and some can’t, in order to maintain a favorable environment for the brain. Undue leakiness is not a desirable property in one’s blood-brain barrier. 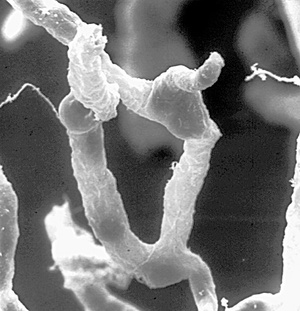